The year 2015, according to a new report by Hamleh (The Arab Center for the Advancement of Social Media), saw a surge in the number of Palestinians being arrested, in Israel, on the charge of “incitement through social media.”: 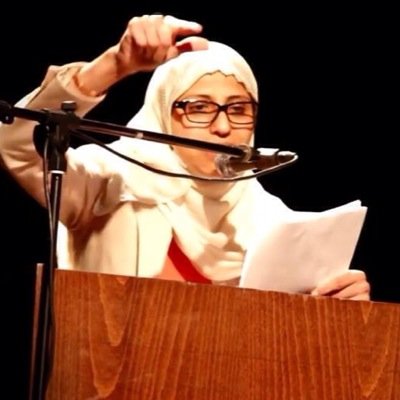 One of the most prominent cases is of the poet Dareen Tatour, who was arrested last October, charged in November, and spent several months in prison before being placed under house arrest — with no access to the internet — in January. She is currently confined to a Tel Aviv apartment and had her first court hearing this month, charged for Facebook postings and a poem posted to YouTube.

According to Nadim Nashef of Al-Shabaka, “The Palestinian Prisoners Club, a non-governmental organization dealing with prisoners’ rights, estimates that more than 150 arrests took place between October and February 2016 based on Facebook posts expressing opinions on the uprising.”

Nashef writes that there “is no formal legislation that covers legal action with regard to the accusation of incitement through social media.” So when is a creative work “incitement”? And what effect does this have in suppressing wider creative and civic activities? Activist Yoav Haifawi, in writing about Tatour’s first court hearing, recounts a scene like a political satire, where a policeman is translating Tatour’s poem into Hebrew.

“I’ve never seen the prosecution as obstinate as it has been in Dareen’s case,” attorney Abed Fahoum told Electronic Intifada. “I believe that they aim to use her to intimidate and silence all Palestinians.”

Resist, My People, Resist Them

In Jerusalem, I dressed my wounds and breathed my sorrows

And carried the soul in my palm

For an Arab Palestine.

I will not succumb to the “peaceful solution,”

Until I evict them from my land.

I cast them aside for a coming time.

Which imposed degradation and humiliation

And deterred us from restoring justice.

As for Hadil, they sniped her in public,

Killed her in broad daylight.

Pay no mind to his agents among us

Who chain us with the peaceful illusion.

Do not fear doubtful tongues;

The truth in your heart is stronger,

As long as you resist in a land

That has lived through raids and victory.

So Ali called from his grave:

Write me as prose on the agarwood;

My remains have you as a response.

2 opinions on “The Poem for Which Dareen Tatour’s Under House Arrest: ‘Resist, My People, Resist Them’”