John Keats was an opium addict, claims a new biography of the poet

The author of Ode to a Nightingale wrote his greatest poems with the aid of opium, believes Prof Nicholas Roe 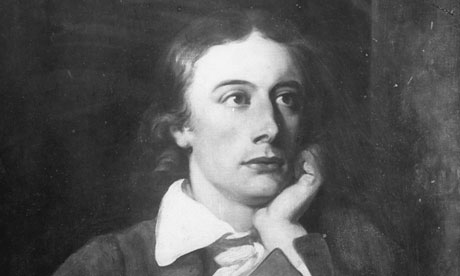 John Keats, the poet of “beauty”, a devotee of aesthetic isolation who swooned at the thought of his so-called “bright star” Fanny Brawne and succumbed to TB when he was 25, was an opium addict.

The claim is made in a new biography, to be published on Monday, by Prof Nicholas Roe, chair of the Keats Foundation and a fellow of the Royal Society of Edinburgh.

Roe admits his finding will be contentious. “This has never been said before: Keats as an opium addict is new,” he said.

Roe, professor of English literature at the University of St Andrews, dismisses other experts who have previously concluded that Keats only briefly experimented with the drug. The former poet laureate Andrew Motion, winner of the Whitbread prize for biography and author of a biography of the poet, has, said Roe, made “assumptions” about Keats and his use of opiates that “simply have no warrant”.

With hundreds of tribes and languages, slang English known as ‘Naija’ is becoming the glue of Africa’s most populous nation 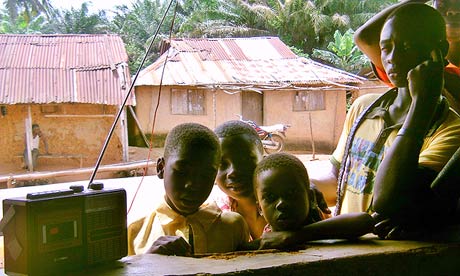 Children in the village of Oniparagba listen to Radio Wazobia, Nigeria’s largest pidgin station. Photograph: Monica Mark for the Guardian

In Nigeria‘s megacity of Lagos, where the country’s 500 languages come together in a chaotic medley, the rapid-fire rhythm of pidgin is the symphony of the streets. Africa‘s largest country is a sometimes fractious mix of 160 million inhabitants divided into 250 ethnicities. But street hustlers and Harvard-educated politicians alike greet each other with: “How you dey?” or “How body?”

The reply can range from a chirpy “I dey fine” to a downbeat “Body dey inside cloth,” (literally meaning “I’m still wearing clothes”). Officially known as Naija, Nigerian pidgin is spoken by tens of millions across the country. Current affairs, English and local languages are brewed together to dish up playful imagery at breakneck speed.

In Lagos, a Nigerian policeman demonstrated how his English-imported spaniel, Milly, “dey hear pidgin well well” as she obeyed a series of pidgin commands. It’s used in slogans scrawled on crumbling walls and flashy billboards. As cars swerve through sweaty streets, it can also be heard blaring on Radio Wazobia, a pidgin-only station played in crammed buses, sleek air-conditioned jeeps and roadside food stalls.

Like its variants in Sierra Leone, Ghana and Liberia, pidgin began as a form of broken English that allowed the country’s coastal inhabitants to barter slaves and later palm oil with European traders. Later, under colonialism, English became the language of prestige. “The common man wants to air their views but speaking in English they’re scared – they don’t want to do gbagam [hit something that makes a loud noise],” said Radio Wazobia morning news presenter Steve Onu, aka DJ Yaw.