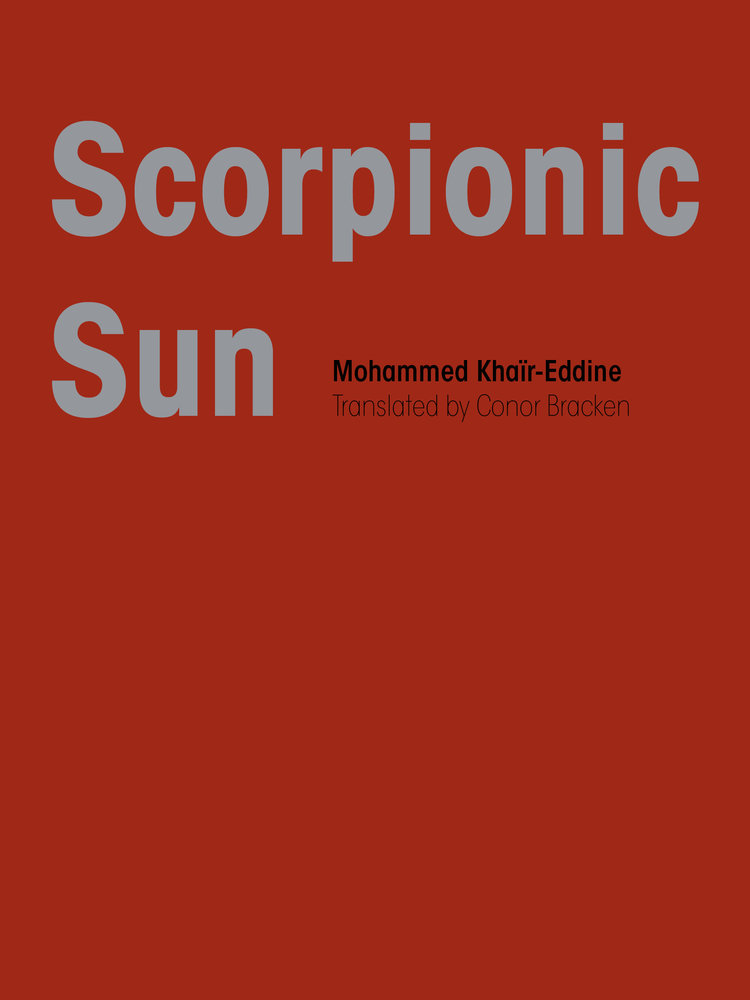 & with a preface by Pierre Joris

From the start I located MKE in a constellation of poet-workers in the French language that lit & linked my night sky across the Atlantic: two in France itself (though both fierce travelers through much of their lives), Antonin Artaud & Henri Michaux, & two on the western edge of the Atlantic: Aimé Césaire & Edouard Glissant. There are numerous ways in which those writers (at this point much better known in the US than MKE, although all five are of the same caliber) can be useful to the reader coming newly to this book, from Artaud’s intense fierceness, not to say metaphysical violence in works such as To be Done With the Judgment of God, to Edouard’s Glissant’s demand for a “right to opacity that is not enclosure within an impenetrable autarchy but subsistence within an irreducible singularity.”…

The Maghrebi & Berber cultural substratum has an autochthonous “surrealistic” ground and a spiritual structure specific to it. The Algerian poet Habib Tengour speaks well to this, suggesting that a form of visionary surrealism has been a traditional, omni-present aspect of the culture, reaching as far back as the great Sufi Cheihk & poet Ibn Arabi to make his point. In the essay “Maghribi Surrealism”  Tengour writes: “It is, finally, in Maghribi Sufism that surrealist subversion inserts itself: ‘pure psychic automatism,’ ‘amour fou,’ revolt, unexpected encounters, etc…. There always resides a spark of un(?)conscious Sufism in those Maghribi writers who are not simply smart operators – go reread Kateb [Yacine] or Khaïr-Eddine.”

Go read Mohammed Khaïr-Eddine, now that we are lucky enough to have the volume that opens his oeuvre finally available in English.

Mohammed Khaïr-Eddine’s poems speak from 1969 to the present with urgency, through an explosively anachronistic act of translation by Conor Bracken. As Khaïr-Eddine writes in “Black Nausea,” the poems “offer to the future this weird / fruit / which speaks in the mouths / of the thousands of innocents dead / in our black blood.” The distortive energies of Khaïr-Eddine’s “linguistic guerilla war” agitate for a politically convulsive poetry that dares to be strange, spastic and abjectly sublime. This is a return of a political surrealism when its convulsive bloom is most needed.

No, decolonizing is not a metaphor, but it is a proposal emerging from the place where land and consciousness meet. To get closer to that place Khaïr-Eddine’s Scorpionic Sun resists any nation state—or any reader—who would take up land or consciousness, song or bodies as mere instruments. Wisely, then, Conor Bracken’s translation doesn’t so much use as it delivers English into the brutal ongoingness of what Teresa Villa-Ignacio has called Khaïr-Eddine’s “seismic line.” Thus thoroughly shaken and gone we can find one another “by a necessary association with events to come.”

Khaïr-Eddine grabbed hold of the French language with a violent passion; he loved it ferociously, without concession, without moderation. Along with Kateb Yacine and Aimé Césaire, it is he who has done the most to rattle and enrich the language.

Mohammed Khaïr-Eddine (1941–1995) was an Amazigh Moroccan poet and writer. In the 1960s, he established the Poésie Toute movement and co-founded the avant-garde journal Souffles.

Conor Bracken is a poet, translator, and assistant professor of English at the University of Findlay.