No one is indestructible

Just as we are unable to coherently piece together parts of our own lives, it is impossible to neatly assemble the pieces of this formidable novel – three books, thirty-nine chapters, 1724 pages with sudden breaks and links – which initially seems to be an irresponsible scattering of people and motifs. Because the many stories really do run parallel to each other, almost without beginning or end, the reader is initially frustrated and tries to find a linear thread, the outlines of heroes evolving throughout a narrative, a bird’s eye view from which to view the entirety of the story. But finally, with a persistence that is most abundantly rewarded, the reader realises the great, ingenious architecture holding together figures and timelines. 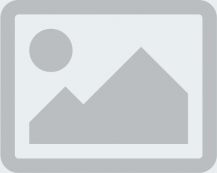 Peter Nadas responds to questions about the structure of his novel by pointing to the chaos and lack of orientation which defines our lives. He works with “an open structure that does not aim beyond a world experienced as chaotic.” This corresponds with his intention of “writing stories about people who have never encountered one another or who know each other only superficially and whose fates are nevertheless fundamentally bound to one another.”

The novel has many elements which metaphorically convey this structure. Most vivid is the chapter “Hans von Wolkenstein”, which tells about a boarding school for boys where the boys are measured for studies based on racial biology. Hans, who is under close scrutiny, comes from Annaberg, a region whose noble estates have been constructed on the local gneissic rock. The passage reads: “This very prevalent stone, though it is not easy to notice close to the earth’s surface, can thank its mining and architectural career to the parallels that dominate its structure, which allow it to be split easily along its layers. Several varieties of its texture are known; in veined gneiss the mica are arranged in ribbons, in layered gneiss the ingredients change with each layer.” The text continues: “Gneiss forms a large thick envelope around the globe. On it rest all sorts of deposits and sediments; when the magma moves underneath it and opens the structural cracks, the eruptive rocks burst to the surface through this three-thousand-meter stone casing.”

At the core of the novel, which Nadas took 18 years to write, are the major catastrophes and upheavals of the last century. They are the magma that is always present but usually not visible. The book tells of deportations, the closing of a camp at the end of the war and marauding prisoners; both wars appear as traumatic memories for a number of protagonists, and anti-Semitism is shown in all its colourations. The Holocaust itself is not an explicit subject of the novel; neither are the waves of Stalinist terror. Nadas portrays the monstrosity of the century through its people, through the traces and scars it has left on their psyches and bodies. No one is indestructible in this book. They betray themselves and others, fight and love each other, wear themselves out. Everyone is frayed, terrible, maimed by this epoch.

“Parallel Stories” is primarily set in the region of Central Europe in the period between the two wars. The years 1938, 1945, the Hungarian uprising of 1956 and the fall of the Iron Curtain in 1989 are the focal dates. The novel is many things – also a product of scholarly research.  While a fellow at the Wissenschaftskolleg in Berlin, Nadas combed through pertinent archives on the Third Reich to the point of exhaustion, but also examined those on architecture, criminology, fashion, those pertaining to any and all questions of this period in history. This is most noticeable in the brilliant and biographically grounded portrait of Otmar Freiherr von der Schuer, to name one of the most striking examples, who was the Director of the Institute for Hereditary Research in Berlin. The perfect German soldier, educated, disciplined, von der Schuer (in real life: Freiherr von Verschuer ) had given orders for massacres in World War I and had gone through experiences that had destroyed his view of people and the world. But he never admits to this kind of “internal haemorrhaging“.

Now he is a scientist serving the Nazis, committed to racist doctrine, a cynic who wishes to compensate for the defeat of World War I with a primitive substitute religion. It is fascinating to follow the sharp analytical and psychological insights of the author, who states no opinion and makes no judgments but peers so intensively into this figure and its frayed psychotic and libidinous dimensions that the reader begins to understand this repugnant persona to an alarming degree. This fictive text is thoroughly empirically grounded. As Nadas once said himself, “he is knee-deep in experience.” The seemingly endless maelstrom of information may recall Walter Benjamin’s “Arcades Project” or Robert Musil’s “The Man Without Qualities” but it undertakes expeditions deep into the landscapes of the soul to territories which even literary greats have seldom managed to penetrate.

This Freiherr von der Schuer has a Hungarian henchman, Istvan Lehr Lippay, who poisons the Hungarian chapter of the book with his deviant nationalism and racism. Already at the beginning of the novel he is lying in the hospital in agony, and althoughalways in the background, he remains present throughout the entire novel in a moribund state. His wife, Erna Demen, an imposing figure of the Hungarian middle class and one of the six or seven central and highly complex characters of the novel, drives to the clinic on a stormy morning after learning of her husband’s immanent death. Since her nephew Kristof does not wish to accompany her, she takes her son’s lover with her, Gyongyver, an attractive young woman with a sinewy body, who has made her way from foundling beginnings into the homes of the educated classes and has trained as a opera singer.

Depicted in the smallest detail, this taxi ride from Pest to Buda is one of the crowning achievements of the novel. The physical attraction that Gyongyver arouses in Erna Démen confuses the older woman. The gloved hands of the two woman touch, as do their shoulders, their thighs. Another story inserts itself into the feelings which suddenly overwhelm Erna – the intimate embrace and the almost sensual-mystical experience with Geerte van Groot,a young Dutch woman in Groningen. While this distant memory surfaces in Erna and Nadas sounds out the deeper layers of feminine sexuality, the taxi driver suddenly recalls his amorous friendship with the male architect Madzar. For her part, Gyongyver makes comparisons between her young lover and his aging mother sitting beside her in the taxi and touching her. She recalls the physical union with Agost – how her fear had flown, replaced by an infusion of happiness as only this man had been able to give her. As if there were a path leading from the body of one person directly to the soul of another, as if she understood Agost’s body better through the closeness of Erna.

Nadas masters this art of the imperceptible transition in a unique, virtuosic manner. Parallel stories play out not only in the minds of the two women but also in that of the driver Bellardi, and also within the minds of each individual there is a simultaneous flow of perceptions, conscious and unconscious thoughts, the past and the present. Nadas manages to merge and superimpose two same-sex love affairs – between Erna and Geerte, between Bellardi and Madzar – and the heterosexual relationship between Gyongyver and Agost. Here it becomes clear – and even more so in the mad chapter about Kristof cruising among the gays on Margaret Island – that for Nadas the same-sex relationship is deeper, more existential and also “blinder” than that between a man and a woman, since it is less coded and not fully ruled by the norms of polite society.

If chaos is the structure that the divisible layers of gneissic rock represent for the narrative structure of the novel, then the realm of the body serves as a fundamental metaphor for an eruptive force. The body is the epicentre of the novel. The way Nadas devotes so much time to the role of physical experience in literature – the body with all its wild and mute desires, its smells and excretions, it loveliness and infirmities – is the core and most revolutionary element of the novel. I know no other book that has probed so deeply what it means to be ahuman animal. The characters fuck, bleed, suck, sweat and shit – all in manic detail. In most novels we know the unconscious is a vassal of reason. In “Parallel Stories” the body itself comes to the fore, demanding a consciousness of its own, calling for its own place within a confusing tableau of memory and history. A prime example is the gigantic sex act between Agost and Gyongyver, which extends over four days and two hundred pages. The sex organs, their mechanics, their interlocking and the detached thoughts of the two lovers are described with almost hysterical meticulousness. “The shift in perspective is hard,” comments Nadas on this long love scene, because up until the first orgasm I have the love act unfold sometimes from the perspective of the woman and sometimes from that of the man.”

Not only these two people, but no single character is able to extract the soul from the weight of the body; fear, bitterness and terror have created minute fissures in all these bodies.  These memories surface in the most “inopportune” moments, imposing themselves onto the present in the form of trauma or desire. The fine mechanics of all these interlocking cogwheels is stupendous. Towards the end of the extended coitus Gyongyver says to Agost: “You are like a technician.” Nadas himself is also an technician, a technician with a magnificent obsession for detail, so that truly each and every one of his characters has a story of the body, a story of the soul and a story of social relationships, which suddenly glide from one narrative thread into another. The elongated conversation between the three friends Agost, Andre Rott and Hans von Wolkenstein in the Lukacs Bath in Budapest, the many times interrupted pursuit of a saleswoman from a coffee store by the bisexual Kristof – a chase that ends in an alcohol-saturated saturnalia – or the touchingly unconsummated love story between him and the married Jewish psychoanalyst Mrs. Szemzo are the high points of this narrative masterpiece, which forgoes all convention and tosses the reader into the flow of a current, in which, as in the opening quote from Parmenides, the source and end are one and the same.

Nadas is a precision engineer of the emotions, and also a composer. “Parallel Stories” is a major musical-linguistic project. A “silent poetic structure” underlies the text. Nádas understands this as being everything not described but nevertheless entailed in the text: the fabric of his decisions which gives the text form – when to use literary language, when to use slang, the proportion and intensity of the individual narrative threads. For example, long paragraphs are repeatedly interrupted by short sentences equating a poetic jolt or prick, which give the reader a wonderful feeling of movement and expansive rhythm. To have psychologically, physiologically and historically penetrated the last century with such linguistic acumen, this is in every respect the outstanding achievement of this colossal novel.

The article was originally published in Der Freitag on 20 February 2012.

Joachim Sartorius, born 1946, is a poet and editor of the collected works of authors such as Malcolm Lowry and William Carlos Williams. He has translated the works of John Ashbery, Wallace Stevens and E.E. Cummings. After serving as a diplomat in New York, Istanbul, Prague and Nicosia, he subsequently held the position of General Secretary of the Geothe Institute. From 2001 to 2011 he was the Director of the Berliner Festspiele.