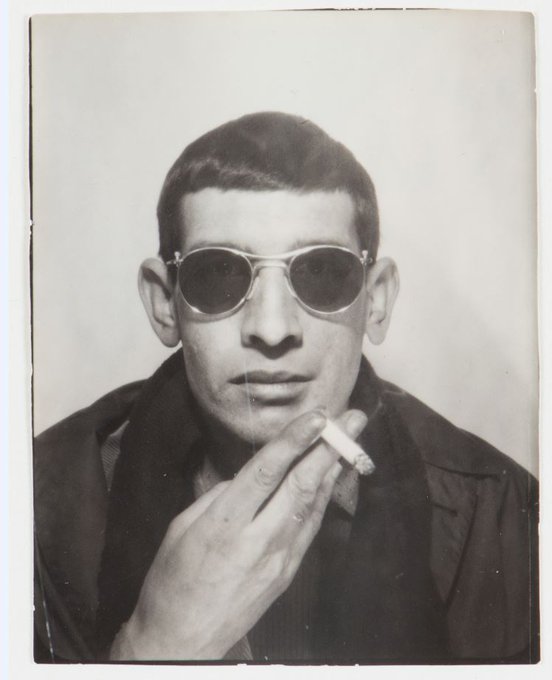 & here a recent article on the exhibition in The Irish Examiner:

Claude Pélieu fought in Algeria and had a key role in bringing the works of Burroughs and others to the world, writes Marjorie Brennan.

The influence of the Beat Generation has extended far beyond the writers’ core body of work, most of which was produced in the 1950s.

At the centre of the literary turned counter-culture movement were the writers Jack Kerouac, Allen Ginsberg, and William S Burroughs. Helping to propagate their work beyond the US was the relatively unknown French poet and artist Claude Pélieu, who, with his American wife, Mary Beach, completed the first French translations of works by Burroughs, Ginsberg and other Beat writers.

Pélieu is the subject of an exhibition at UCC, curated by James Horton, an English academic based in France.

“I had come across his name in footnotes and bibliographies. It is often quite interesting to see who these translators are because more often than not they are not just translators, they have other poetic and artistic practices going on.”

Horton’s interest was piqued even further when a few years ago, the Bibliotheque National de France acquired a significant archival body of Pélieu’s work and correspondence.

“I found some really fascinating things from letters to drawings and collages going back to 1915. That was the basis of my masters research and those are the archives I h ave drawn on for this exhibition.”

Horton says he was drawn to Pélieu because of his ‘improbable’ life.

“In the exhibition, there are drawings, collages, magazines, translated texts, and a range of quite beautiful books. It is a really interesting life that goes along with a very rich multifarious production of images.”

Pélieu moved to the US in 1963 with his second wife Mary Beach, who was a cousin of Sylvia Beach, owner of the legendary Paris bookshop Shakespeare and Co and publisher of Ulysses. Although Pélieu had led a fairly chaotic life, including developing a heroin addiction, Horton says contemporary accounts show his Parisian propriety was also in evidence.

“By the time they moved to the US, the original Beat generation had become a lot more broad and diffuse, moving towards a counter-cultural movement. They lived at the Chelsea Hotel, and quite a few accounts remember them as being quite proper figures. They were always well-dressed and ready to receive company, quite well put together,” says Horton.

A year before he moved to the US, Pélieu visited Ireland, a trip that was so disastrous, he ended up seeking assistance from the French consulate. There is a letter in the exhibition from the French Embassy requesting payment of the cost of his deportation back to France. According to Horton, the visit was prompted by Pélieu’s interest in Celtic poetry and Arthurian legend.

“If you like, it is a sort of European On the Road, with all the farcical and somewhat degenerate elements. He and a friend hitchhiked all the way to Dieppe from Paris, went across to England and via Stonehenge to Wales. Then they arrived in Dublin which Pelieu has nothing good to say about whatsoever. This is a rough translation of what he says in one letter: ‘It is a rotten city, immensely morose… full of drunks, crazies,

“Then they more or less get stranded in Galway for a few weeks and end up going cap in hand to the consulate there. He had terrible toothache the entire time. His first wife says he left with all of his teeth and came back with almost none.”

A seminar to mark the closure of the current @UCCLibrary exhibition ‘Claude Pélieu: On All Frequencies’ will take place in the ORB 1.24 this Thursday (September 13, 17-18h) James Horton, the curator will speak about Pelieu and his research. Open to all.

Pélieu died in 2002, spending his later years in upstate New York. Horton says there is still plenty more to discover when it comes to Pélieu .

“His archive is incredibly dispersed, manuscripts, the art he made, the correspondence. There has been a lot of detective work but that is also what makes him so interesting. It has been a bit of an adventure; fascinating and frustrating in equal measure. I have had some amazing finds… I found a few of his original collages at the bottom of a mouldy cardboard box in Paris. There will always be more out there, he was a prolific letter writer, he was writing dozens of letters a day right up until the end. It is quite thrilling.”

Claude Pélieu: On All Frequencies is at the Boole Library, UCC, until Sept 30