Max Weiss translated this excerpt of Dunya Mikhail’s The Beekeeper: Rescuing the Stolen Women of Iraq, which is forthcoming next spring from New Directions: 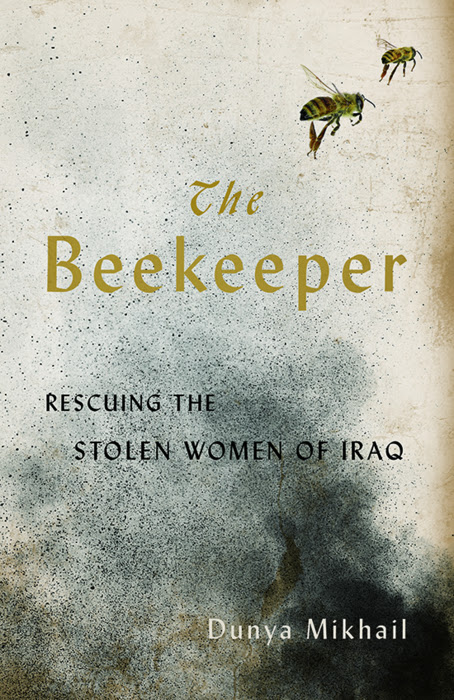 The book is dedicated to Abdullah Shrem, who worked, between 2014 and 2016, with smugglers to rescue dozens of fellow Yazidis from ISIS captivity in Syria and Iraq.

Twenty years after leaving Iraq on a one-way ticket, I returned to my country today, on May 27, 2016, not so much to visit the living as to visit the dead.

We, the people of Baghdad, used to refer to the north as a “resort”—it was our only tourist destination when travel was forbidden during the 1980s on account of the Iran-Iraq War. But this isn’t tourism today. We came to visit the mass graves, perhaps to bury our feelings, too, and to get rid of their weight upon our souls—or perhaps because they needed us, they needed us so much and yet we didn’t go! Or because we’re alive, and we can, quite simply, visit the dead.

But the one survivor I most wanted to see was Abdullah.

“Peace be upon you,” he said formally, smiling. I had expected him to be dressed in white Yazidi clothes, not a modern outfit. We had agreed to visit the temple of Lalish together because, as the sacred Yazidi texts say, “The earth wasn’t satisfied with its condition until Lalish was revealed; only then did the plants grow, and did the earth become beautiful.”

I asked him if he was busy that day with a rescue operation. He said that he was.

“Are you sure you want to do that? You have a US passport. It would be risky.”

“Ok, but memorize my phone number, in case you need to be rescued.”

“You actually believed me? Not today. Besides, I wouldn’t take you with me to Syria—let’s go to Lalish instead.”

We drove almost forty miles, along winding roads to the east of Dohuk, toward Sheikhan. The temple looked small from the outside, but as soon as we entered, it opened up to infinity. We walked in barefoot like the others did, because “there should be no barrier between the foot of the entrant and the temple’s floor.” Our feet touched stones that were over four thousand years old; another world opened up right before our eyes, in the depths of the mountain, somewhere between myth and reality. The narrow pass, surrounded by three mountains, gradually opened wider, revealing all that it had, like the generosity of its people, but sometimes it also closed in on itself, like the Yazidi religion.

As we entered a courtyard, there was a man sitting with a little sparrow in his hand. Abdullah introduced him as Luqman Sulayman, “public relations guy for the temple. If you have a question, he’s the best person to ask. 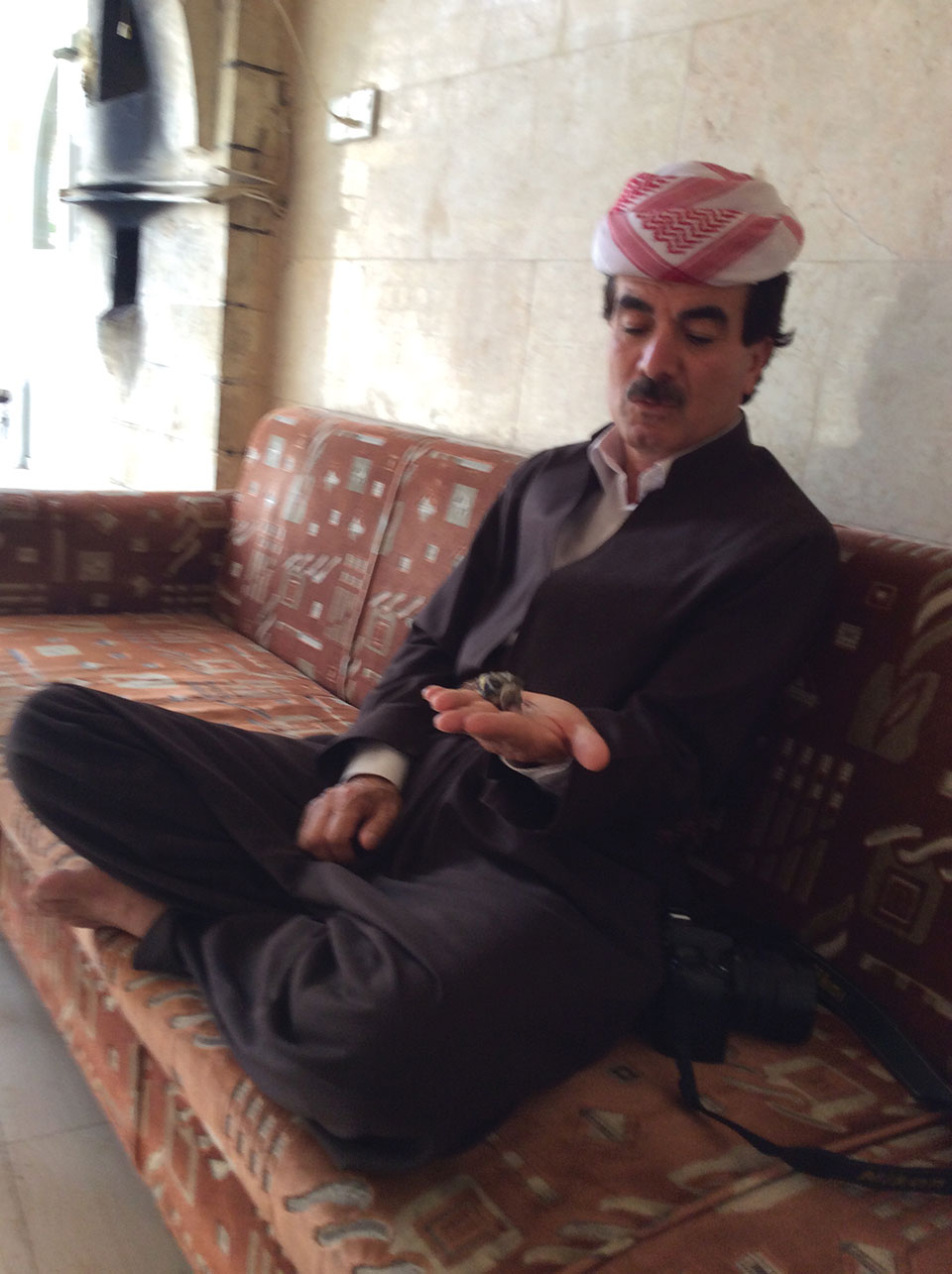 Luqman Sulayman and his little sparrow /
Photo courtesy of the author

“Nice to meet you. Yes, I have a question. Who’s this bird in your hand?”

“This bird fell from a nest. I put him back but he fell a second time. After the third time it happened, I took him home with me. Now I’ve become very accustomed to his companionship so I brought him here with me.”

Abdullah asked Luqman to let me enter the sacred places that are typically forbidden to non-Yazidis. “She came all the way from America to visit Lalish,” Abdullah said. I didn’t understand Luqman’s reply because he spoke in Kurdish. It seemed to me that he wasn’t going to allow it, but he did kindly invite us to have tea.

I would soon enter into those places without knowing they were “forbidden.” Abdullah didn’t seem to notice, or maybe he forgot, or simply didn’t follow the instructions. Whatever the case I was pleased to be given those additional secrets without even realizing it.

“Careful, you can’t walk on the thresholds. You have to cross over them,” Abdullah reminded me.

I didn’t count the number of entrances; it seemed to me that each of them told a story of the age. The entrances were so low that even a short person like me had to hunch down to get inside. To the right of one of those entrances was the snake of Noah, which is considered sacred by the Yazidis because it’s said to have saved mankind when it curled itself up and plugged the hole that had been punctured when Noah’s ark collided with a rock during the flood.

From The Beekeeper, forthcoming from New Directions in March 2018. Copyright © 2018 by Dunya Mikhail. Published by arrangement with the author and New Directions.