Via signandsight, which I hadn’t visited in some time, this interview with the Algerian writer Boualem Sansal. (Sansal has alreday appeared on this blog, here, for example). Opening paras below, full interview here.

Frustrated youth: in Algeria author Boualem Sansal sees no chance of a national uprising like in Tunesia

Algeria’s best-known contemporary author still living in the country, Boualem Sansal has been awarded the 2011 Peace Prize of the German Booktrade, which he will accept this autumn in Frankfurt. In an interview he talks with Tageszeitung correspondent Reiner Wandler about the current political situation in Algeria.

taz: When I was in Tunisia during the revolution, a sentence from your book “Poste restante: Alger. Lettre de colere et d’espoir a mes compatriotes Algeria” kept going through my mind: “Basically we have never had the chance to talk to each other … freely, seriously, methodically, without prejudice … ” The Tunisians suddenly broke the silence at the beginning of this year. Is this free speech characteristic of the protests that are currently taking place all over the Arab world? 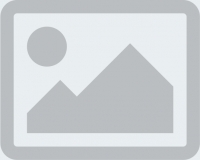 Boualem Sansal: Discussion is the basis of human existence. If that is taken away, we die. This is exactly what is happening in the Arab and Islamic world. It is a slow death when you can’t talk about anything, you can’t exchange thoughts with others, can’t discuss your conflicts. People rebel when they realise that they are dying. The uprisings are not economic, social or political rebellions, as people keep saying. People simply feel the need to talk. So they react. Like an animal that is going to be slaughtered reacts.

So is this the rebellion of an educated, well-informed youth that is being been denied all freedoms?

The young people see what is happening out there in the world on the Internet and on satellite TV. They witness how young Europeans and Americans live. They see their contemporaries talking, trying things out, living their own lives. And then they look around in their own countries and realise they can’t talk about anything. This is not only true for politics and discussions about the political regime or democracy, but also for everyday life. Even at home they can’t talk about anything. It’s all about respecting their parents, religion, traditions, they can’t talk to boys or girls, or even their teachers … The youth have been left completely on their own.

It’s a rebellion against being locked in. And over the course of the rebellion they are discovering the possibilities they have. They ask themselves what can be done. Only then does politics come into play, and suddenly they rise up against Ben Ali, against Mubarak, for democracy … But in the beginning it is nothing but a biological reaction, a cry for life and against the wall that surrounds everything.

That’s a good comparison. The youth feel totally excluded from society. This is a society for adults who have conformed, who accept a completely antiquated political system and still cultivate strong family traditions. For the young people, each day this takes away a little more of air they breathe, until the whole thing explodes.

So the youth are taking back their independence from the generation of the wars of independence?

The fight for freedom from colonialism lives on as a legend in our minds. We associate it with freedom and the possibility of living with our own identity. The opposite – encapsulation – became reality. Entire generations have put up with this. Now the time has come for the second, true independence. This is no longer about the freedom of a country but the freedom of the individual.

In Algeria too, the youth rebelled in early January. But the opposition slept through the rebellion. Only now, on February 12, more than a month later, is a broad alliance organising demonstrations for democratic change.

The movement that is now calling on people to demonstrate is not a spontaneous affair, as was the case in Tunisia. The question is whether the alliance can also mobilise the youth.

Whereby the opposition in Algeria is far more structured than it was in Tunisia.

In Algeria there are indeed more visible structures consisting of parties and associations. But the youth are afraid of being manipulated politically. The parties in Algeria are not real parties. They are said to have contacts with the system’s aristocracy. And there are also invisible structures. In every street, youths hang around, propping up the walls, as we say here. They discuss things, exchange ideas, form informal structures. The entire Algerian youth is networked in this way. They talk about rebellion, about what they see happening elsewhere.