Follow this blog
As soon as I had sent off my list of “10 books of 2007” to Steve Evans for his yearly roundup, I realized that there were many more books I would have loved to mention. So here is another baker’s dozen that made my day or night during 2007, in no particular order:

In fact, I liked it as much for the translators’ introduction & the description of their travels and travails in search for Saenz, than for the poems themselves.

Don’t know what to “say” about this book, just that the reading of it is a quiet, enriching, satisfying, sensuously intellectual & intellectually sensuous pleasure. I first read through it from beginning to end, then put it away. But I have been picking it up again and again, opening it randomly & reading a few pages. The same pleasure as at first reading returns, but now the plot thickens, new elements jump out – tickle the sense or the intellect, and then I can’t make that separation anymore, & just relish it all.

Finally, after a near life time spent working on Vallejo, here is Eshleman’s summa. The best translation of Vallejo, no contest.

Proletarians of the world, drop the sickle, pick up the keyboard & listen to Joe! 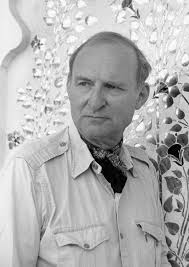 A definite collection of essays braiding & complexifying both of Tarn’s fields of reflection and investigation.

The most interesting Belgian poet at work these days.

A lovely prose narrative of a multi-years stay in Hawai by one of our best poets & her companions. A whiff of Steinian writing writing, but where Stein’s repetitions can so often move towards a near-autistic infolding spiral, Spahr’s writing uses repetition to create spirals that outfold, to grapple with and engage the world.

Core to Badiou’s attempt to understand the 20th C are the handful of poems that lie at the center of his philosophical-political analysis here, ranging from Mandelstam to Breton via Celan and Perse. Breathtaking. I will use it in my spring 2008 graduate writing seminar.

9. Mark Scroggins | The Poem of a Life: A Biography of Louis Zukofsky | Shoemaker/Hoard, 2007.

Still in the process of reading it, and so far completely delighted. A must for anyone interested in the most secret of the great American poets of the past century.

I met Joydeep as he started teaching at Albany this past semester, and he offered me this French translation of his first novel, as the original English version is out of print. A powerful, dark meditation on Eastern Europe before and after the collapse of Communism.

An intricate working of oral narratives, Caribbean lore, dream stories, autobiographical tales, reflections on nation-language poetry by the great Barbadian poet. I used the book in my comparative literature class this past semester and it had a major impact on those students who dared venture into it (rather than staying with the more accessible novels we were also reading).

This past summer, traveling through Portugal and Spain to the Pyrenees, I spent most of my reading time focusing on Juan Goytisolo’s work, especially the memoirs. He is, as far as I am concerned, the major Iberian writer of his generation. Also read the French translation of his book entitled Barzakh (in that translation) – a title I had picked a few years ago for a book of poems & had to give up after discovering Goytisolo’s book.
(Visited 57 times, 1 visits today)