Well, the last time I was involved with the Poetry Society, headquartered back then (& probably even now) in Earls Court, London, was back in the early seventies when we managed by an overwhelming vote at the annual election to get a number of “us” on the board, actually enough to have a majority, & thus able to make Bob Cobbing chair, while Eric Mottram was editor of the Poetry Review. Them were the days — I remember walking down the street with Jeff Nuttall pulling a quacking duck children’s telephone behind him as we tried to get drinks for all, the duck included, in the local pub to celebrate. I remember the first reading Basil Bunting gave when the newly elected PS board invited him to come down to London to read — the greatest British poet alive at that point, & at the same time the most neglected by the poetry powers of the Home Counties & the Greater UK Beyond. The PS was even able to spring for a good bottle of Claret for Basil to sip during his reading! By the time the zombie reactionaries of the Arts Council got their act together to oust the live-wire young poets — with the help of clearly fraudulent methods — & return the scene to the retired week-end poet potentates from Sussex & the late-late-late but still huffing Victorian poetasters from the official Brit Kulchur lands, I had moved to Algeria — but heard details of the “shocking” show via Allen Fisher & Eric Mottram. Tonight, as I went through the UK press reading up on the sad death of another “27 Club” member, Amy Winehouse — a marvelous voice, indeed — I came across the following piece in the Guardian: 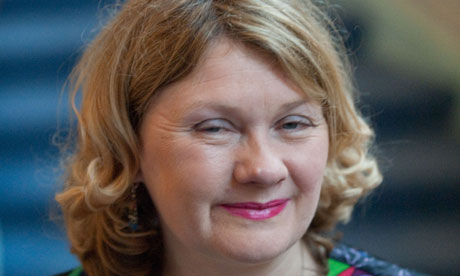 Perhaps the last organisation in the country to expect name-calling, accusations of bad faith and scurrilous postings on YouTube likening opponents to Nazis would be the Poetry Society.

Yet in a heated, three-hour extraordinary general meeting, not only did the century-old society’s board of trustees volunteer to resign, but they were sent on their way by a motion of no confidence, amid shouts of rubbish and claims of incompetence. The meeting, held at the Surgeons’ Hall in London, left plenty of blood on the carpet.

As a gathering of poets and poetry lovers, it was an overwhelmingly middle-class, largely white and mainly middle-aged affair: beards and open-necked shirts for the men, sensible shoes and summer frocks for many of the women.

Things have fallen apart – the centre has not held – since the board, by its own admission cackhandedly, attempted to deal with managerial problems between the society’s director, Judith Palmer, who in the spring negotiated a £100,000 increase in Arts Council funding, and Fiona Sampson, editor of the society’s Poetry Review. The meeting was told in a statement by the board that this amounted to a dysfunctional staff relationship. The trustees’ solution, that Sampson should work more from home for three months and report directly to them, resulted in Palmer resigning and threatening legal action.

Paul Ranford, the finance director, and Jo Shapcott, the Costa prize-winning poet and society president, followed her, as did Gwyneth Lewis, a vice-president, Robyn Bolam, a trustee, and Peter Carpenter, the chairman, who cited intolerable pressures on his personal and professional life.

The society’s 4,000 members have generated thousands of emails – and even a YouTube posting lifted from Downfall, the film of the last days of Hitler. Members’ passions have been stirred as they have attempted to find out what has been going on and the trustees have spent an estimated £24,000 – a fifth of the society’s reserves – in legal fees. The Arts Council has threatened to withhold its grant.

“The trustees as a body have been charged with being arrogant, high-handed, a secret society and even other things I won’t mention,” said Laura Bamford, only on the society’s board for a year and finding herself explaining the trustees’ position to an unreceptive, muttering, disputatious audience. “The trustees never intended to create all this atmosphere.” It had not escaped opponents’ notice that the lawyers the trustees consulted, rather than cheaper conciliation options such as Acas, were Harbottle and Lewis. “You used Rupert Murdoch’s solicitors!” shouted one member accusingly. “They do have other clients, other than the Poetry Society and Rupert Murdoch,” replied Bamford, wearily. A suggestion that the lawyers might like to advise pro-bono had apparently been turned down.

It all came down to a vote – no confidence, passed by 302 to 69 – and a promise that the board will stand down in September and that meanwhile it will co-opt three opponents to sit in on meetings. One trustee told the Guardian: “I feel I will be well shot of it. Quite a lot of poets seem to be rather bloody unbalanced.”

Comment on “Finally! A “No Confidence Vote in Poetry Society”!”